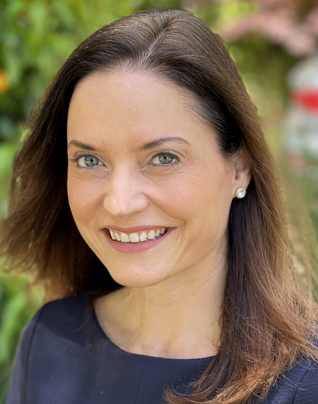 Our organization is focused on a family of newly recognized neurodevelopmental disorders that are caused by mutations in the genes that code for calcium/calmodulin dependent protein kinase II (CAMKII) isoforms. Nomenclature uses CAMK2A, B, G, and D to refer to the genes and CAMKII⍺, β, γ, and δ to refer to the protein isoforms.

CAMK2 related neurodevelopmental disorders were first described by Kury and van Woerden et al. in 2017. Each unique mutation has a different effect on CAMKII activity, resulting in different types of CAMKII dysregulation and different neurodevelopmental symptoms (phenotypes).  To date, there are only about 150 individuals identified to have a mutation in one of these genes.

There are likely a large number of people with developmental delay, seizures, and/or behavioral abnormalities whose symptoms are caused by CAMK2 gene mutations who have not been diagnosed. Diagnosis is disproportionate in countries where exome/genome sequencing is available.  As exome/genome sequencing becomes more prevalent and as neurodevelopmental disorders due to CAMK2 mutations are better recognized and understood, we expect the number of people with the disorder to grow exponentially.  Mutations in this family of genes are random and most commonly de novo. Therefore, the prevalence should be the same across all global regions, racial and ethnic groups.

CAMKII is a well-studied molecule central to calcium signaling. It is one of the most abundant proteins in the human brain. Its acquired (non-genetic) dysregulation has been implicated in psychiatric disorders (such as bipolar disease), other neurodevelopmental disorders (such as Angelman Syndrome) and heart diseases (including common arrhythmias). CAMKII dysregulation has also been implicated in autoimmune illnesses associated with Streptococcal infections such as Sydenham’s chorea and PANDAS (pediatric autoimmune neuropsychiatric disease associated with Streptococcal infection). Scientific advances which modify CAMKII dysregulation to improve symptoms in people with CAMK2/CAMKII  genetic illness would be expected to benefit people who suffer from these more common acquired diseases as well.

Although the spectrum of the CAMK2 related neurodevelopmental disorders has yet to be fully described, most individuals with the mutations suffer from developmental delay, seizures, and neuropsychiatric symptoms, including motor coordination abnormalities, severe agitation and/or severe behavioral abnormalities.  Many individuals with CAMK2D mutations also have significant heart disease. These symptoms substantially affect the quality of life of the individual and their families.  Since this is a relatively new disorder, there is no knowledge yet on the progression of the disorder.

Two of our scientific partners, Drs. Danielle Veenma and Geeske van Woerden, lead translational research for CAMK2 gene disorders at Erasmus University in the Netherlands via the ENCORE CAMK2 program. This program includes the CAMK2 Natural History Study, which is a physician-powered registry collecting genotype and phenotype information.  It also includes the development of patient specific neuronal cell cultures, back engineered from stem cells in a patient’s blood. These induced pluripotent stem cells (iPSC) provide a way to safely study how each patient’s mutation alters CAMKII activity and to test putative medications which may “normalize” CAMKII activity. Development of iPSCs from a number of different mutations is on-going.

Our goal is to expand the research network to (1) expedite enrollment in the patient registry, (2) allow the development of iPSC from a larger number of patients and (3) expedite trials of putative medications.

Ultimately, we anticipate the need to design specifically targeted CAMKII inhibitors or activators and/or develop gene therapies to maximally treat symptoms with minimal side effects. See the 2022 paper on this topic.